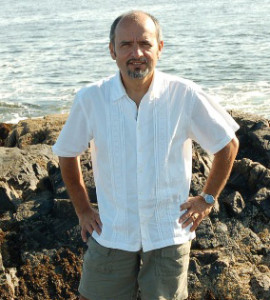 Diego Gutierrez works collaboratively with his clients to understand and bring alive their ultimate architectural vision for living and work spaces. To each of his projects, he brings the principles of sustainable design, green construction and environmental awareness, and the results of his work are found throughout the Berkshires and Great Barrington, Mass., nearby New York state, and Northwestern Connecticut.

Born in Bogota, Colombia, he immigrated to New York City at age of nine, attended high school in Manhattan, and graduated in 1987 from Pratt Institute in Brooklyn, NY, with a Bachelor in Architecture. He worked for various architectural firms in New York until moving to the Berkshires in 2000. Now in his own practice, he works on a wide range of residential and commercial projects in the tri-state area.

Diego’s love of architecture extends to education: he teaches children about the art and science of architecture through various design workshops at local schools, libraries and community centers, including the Flying Cloud Institute, a year-round educational arts and sciences camp serving children and teens in the Berkshires.  His workshops have been funded partly through grants from the Berkshire Taconic Foundation and the Boston Foundation for Architecture.